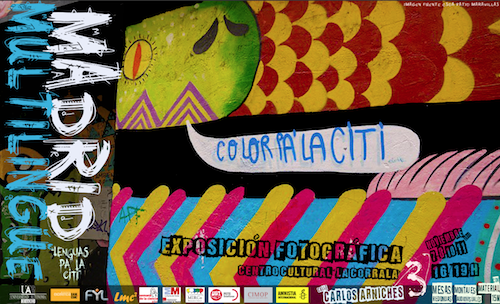 A group of undergraduate students in Modern Languages, Culture and Communication at the Autonomous University of Madrid went out into the street creating a kaleidoscopic register of the city through photographs. The exhibition reveals to us the way in which its inhabitants cohabitate, the vitality, or decline of their languages and the way in which new communication networks are being formed. The photographs take the everyday pulse of the city by bringing to light the multiple voices of a multilingual Madrid that often goes unnoticed. 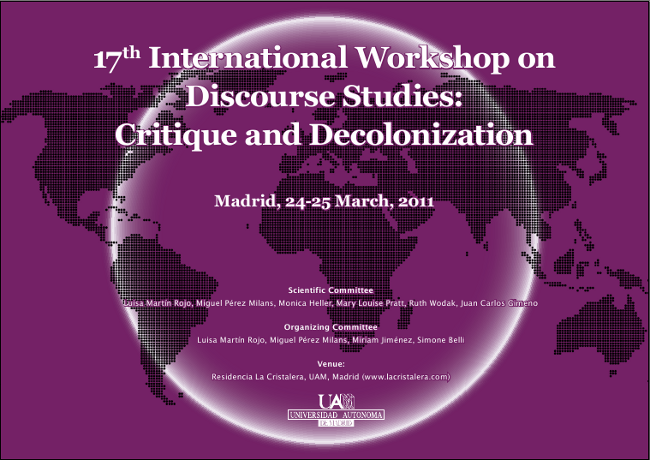 During the twentieth century, the critical turn in discourse studies produced far-reaching changes in the understanding of discourse and in the models used to analyse it. Discourse ceased to be considered an imperfect repre- sentation tool, and was recognized as having an essential role in the construction of the so- cial, political and economic reality. Social and human sciences have progressively integrated the contributions of the critical turn into the history of thought. This has made it possible to de-naturalize many of the ideas underpinning the organization of the modern nation-state, linking them to the viewpoints and interests of particular social groups. Nevertheless, re- cently the critical turn has come under attack for not going far enough, and in particular for having been preoccupied with the problems of the European nation-states where the critical approach was first developed.

In this line, the decolonizing turn impels us to carry out a more detailed exploration of the conditions of the colonial past and to discover how such forms of domination continue to be (re)produced today, on the basis of specific hegemonic and universalist representations of the sociopolitical, economic and cultural world. Developing scientific approaches based on intellectual traditions other than those prevailing in the West is seen as a key step on the unfinished decolonization project. However, this is a far reaching project in which there is a real risk of reproducing biased representations about homogeneous cultural communities. This project should not be addressed in isolation from processes of language and cultural commodification and their consequences for the legitimization of certain social relations of power within such communities (with regard to social class, ethnicity and gender).

In view of these issues, and taking over from the previous seminars organized by the foundational group of the CDA, this workshop is focused on the following questions: what is at stake in decentring critique, and for whom? Can a critical approach, as we now understand it, usefully contribute to decolonization? Do we simply need to turn our tools to the problems and concerns of the global South or do we need entirely new ones? Does the current institutionalization of critical discourse studies exclude bodies, questions, methodologies, ontologies or all of the above? These questions will be addressed in three debates: