MIRCo members are involved in the following projects, which are in some cases led by researchers from other institutions 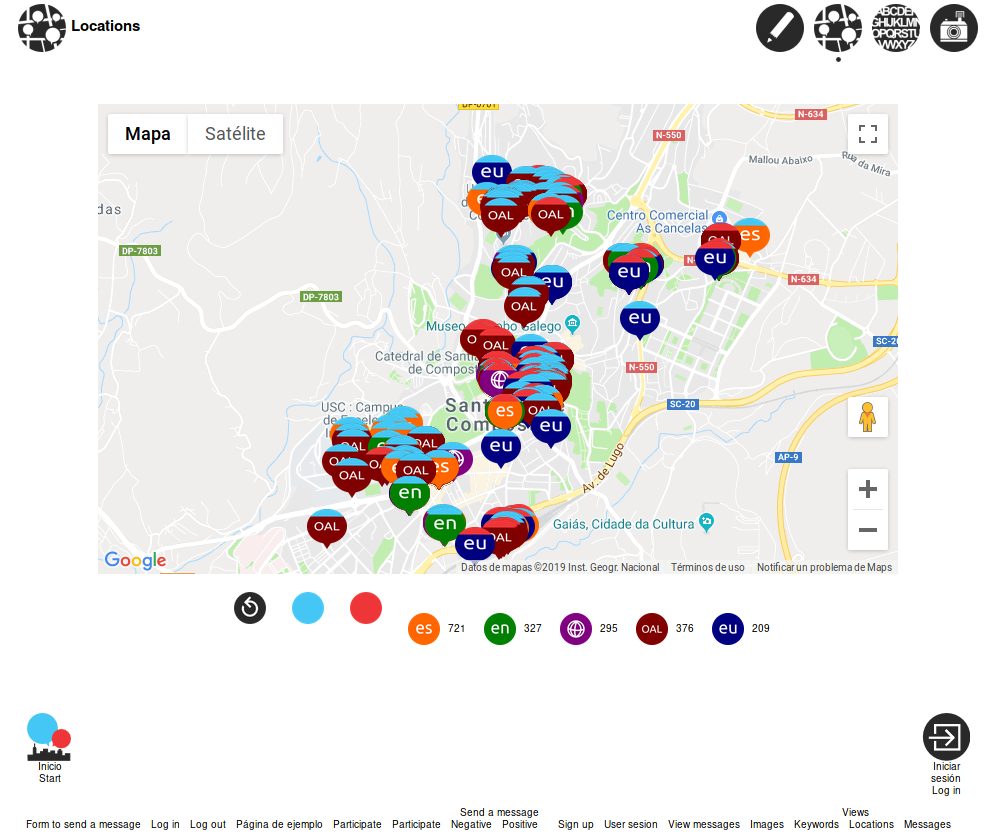 New Speakers in a Multilingual Europe: Opportunities and Challenges 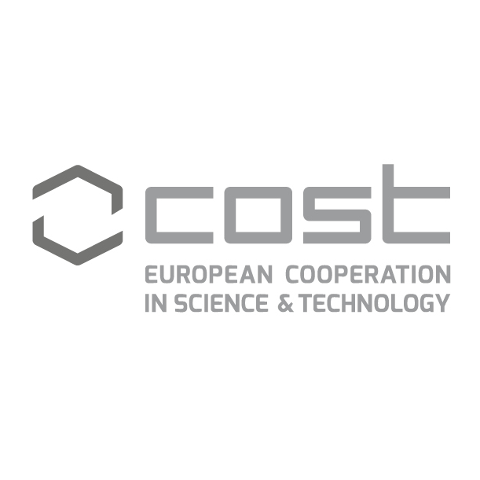 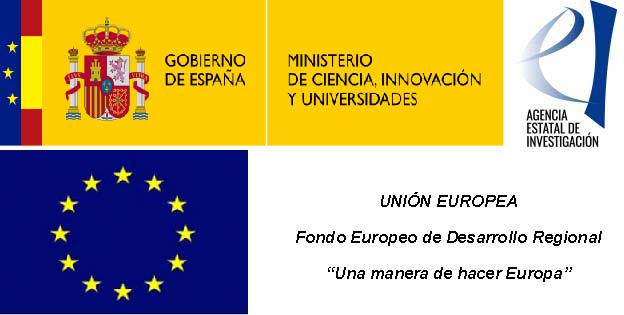 Towards a new linguistic citizenship: action-research for the recognition of speakers in the Madrid educational context

The project focuses on the sociolinguistic processes linked to social transformations, such as situations of super-diversity within the margins of globalization and its implications in education. The study will develop an emic, qualitative and critical analysis of sociolinguistic changes in rururban contexts of postmodernity, a topic that has been neglected by the scientific community so far. Once these changes have been identified and analyzed, we will investigate how they may be addressed: what strategies will be most productive for developing a critical linguistic education that may serve to strengthen social inclusion? The research proposes a classroom-based multimethodological approach that encompasses Critical Ethnographic Sociolinguistics, Linguistic Landscape Analysis, and a metalinguistic awareness development. Schools are very important agents involved in producing social inequalities and, therefore, they are also ideal spaces for analyzing and combating them. For this reason, the project will be carried out in secondary classrooms in Arteixo (Galicia) that serve students with diverse sociolinguistic profiles connected with migration. Arteixo is a traditional rururban peripheral bilingual community that is representative of the new contexts that emerge in the margins of super-diversity. Globalization and migratory phenomena have transformed this community into a new off-line and on-line multilingual space, where the multilingualism connected with emigration remains peripheral and invisible. A linguistic education framed within these sociolinguistic changes can be an outstanding opportunity to transform young people´s linguistic prejudices into values related to linguistic diversity. The principle aims of this research project are: a) to analyze the linguistic landscape connected with the life histories and linguistic biographies of its protagonists in order to show the socio-spatial distribution of monolingualism, bilingualism and multilingualism and the role of the PL in the scalar reconstruction of new spaces and social fields; b) to design and implement classroom-based metalinguistic awareness activities, some of which will involve the analysis of the community linguistic landscape; c) to describe communicative practices in these classrooms and compare them with communicative practices in classrooms in metropolitan contexts such as Madrid (Martín Rojo, 2010) and New York (García, 2014); d) to analyze how social actors negotiate frames of participation and indexicality and what roles these strategies play in the scalar projection of the hierarchical, polycentric and translocal distribution of languages in these new multilingual ecologies; e) to observe the impact that these processes have on the reproduction of identities and linguistic ideologies and their differences with respect to certain metropolitan contexts already investigated; f) to detect interactional mechanisms of social exclusion and inclusion connected with the multilingualism derived from immigration; g) to apply the results to the creation of an innovative IT resource –  AVEL (The virtual atlas for language education in superdiversity). AVEL will include digital educational content based on the activities implemented in the classroom and on the action research with examples of good practice for social inclusion; and h) to transfer AVEL to the international educational community.

Linguistic mudes: an ethnographic approach to the new speakers in Europe

This project is embedded in a line of research that began in the project NEOPHON oriented towards understanding how speakers develop their linguistic repertoires during their lifetime and the social implications that this involves. This new project in particular (NEOPHON2) focuses on the processes known as “linguistic mudes”, that is, the moments in life in which these changes of repertoire are produced, normally because the person adopts a new linguistic variety (dialect, language, register) in their social life. In the previous project the aim was to investigate, through interviews, the ways in which the linguistic repertoire changed in multilingual people during their lifetime. In this project we intend to study in detail these moments of change in different contexts by employing an ethnographic methodology. During a period of 12-18 months, the linguistic behavior of a sample of people will be observed and the necessary descriptive apparatus will be produced in order to characterize and understand these linguistic changes, how they affect peoples’ lives as well as their social and economic opportunities.

This study intends to innovate sociolinguistic thinking by centering analytic efforts on the speakers as active agents who use languages to position themselves socially, to build relationships at a personal level and also to position themselves with respect to the multiple identities and social characterizations that exist (race, gender, class, ethnolinguistic identity, etc.).

The project is structured around three subprojects that gather a total of 29 researchers (8 doctoral students among them). The first one, directed from Oberta de Catalunya University gathers three research groups interested in the ways in which multilingualism affects the immigrant population and the labor force that is more susceptible to move, and thus need to learn languages and struggle for recognition as a legitimate speaker of the languages of the host society or of the new professional environment. The fieldwork is conducted in the contexts of Catalonia, Madrid and London. Moreover, the project integrates members of an equivalent project located in Canada and which participates in the analysis activities. The second subproject gathers a team based in Vigo interested in studying the mudes in Galicia, Ireland and Aragon. The third subproject gathers Basque researchers with a long trajectory of analysis of the phenomenon of euskaldunberri, the new speakers of Euskera. The participating groups are articulated with the help of a network cost (ISCH COST Action IS1306 New Speakers in a Multilingual Europe – Opportunities and Challenges) that the initial group obtained in 2013.

For the fieldwork, a series of contexts have been selected that are expected to facilitate establishing contact with people who are trying to become accustomed to speaking a new language or a new linguistic variety in their daily life. The aim is to observe, record conversations, carry out interviews and gather documentation, as well as apply diverse methods adapted to each context (shadowing, diaries, auto recording, acting in social networks, etc.). Once the data is transcribed and codified, and on the bases of the experiences observed and the testimonies, the researchers will develop a conceptual framework that enables the description of the phases of the mudes, the emotional investments of the subjects in the languages and the consequences of the mudes in the socialization of individuals.

Chinese and English as Languages of the Wider World: a Sociolinguistic Study on Second Language Education and Youth’s Interests in London, Madrid, and Hong Kong

Under contemporary socio-economic conditions, the valuation processes of languages seem to be experimenting changes. Thus, the traditional linguistic ideologies, which attributed to languages a fundamental role in the definition and affiliation to different ethno-national communities, seem to cohabitate these days with a new ideological framework in which languages have started to become commodified, turning into commodities that are necessary for successful participation in the new globalized economy that is of transnational and post-industrial character. At the same time, this new socioeconomic context opens up a new space in which people are able to make use of the linguistic and cultural resources in diverse, complex, ambiguous, unexpected and creative ways that entail processes of cultural knowledge construction which are not necessarily aligned with official discourses and interests.

Therefore, this research is intended to explore these processes of social change by focusing on the field of institutionalized teaching of second languages in the contexts of Madrid, London and Hong Kong, in which the traditional status of the English language as the only language of prestige seems to be changing as a result of a new scenario that requires sharing that prestige with other international languages such as Mandarin Chinese.

Starting from a pilot sociolinguistic ethnographic study in three state schools in the three contexts mentioned (one school in each context), this research is focuses on the study of the practices and discourses displayed by the institutional actors (institutional documentation, school administrators and teachers) and by the youth in relation to their interests and motivations in the teaching/learning of English and Mandarin Chinese, with the purpose of better understanding the mismatches between institutional initiatives in the teaching of second languages and the youth interests brought forth by diverse official statistics at the international level. The reinforced understanding of these phenomena will provide a better basis on which to develop policies and educational practices that are better suited to the social and cultural conditions of the contemporary world.

School and multilingualism: a critical sociolinguistic study on educational linguistic programs in the Madrid region (2007-2010)

Since 2000, MIRCo (Multilingualism, Social Identities, Intercultural Relations and Communication) has been devoted to the study of social and multilingual realities of educational institutions.  Following a critical sociolinguistic ethnographic approach (Luisa Martín Rojo, 2010) that explores the links between local discursive practices (such as the interactional routines in classrooms) and broader complex social processes (exclusion, decapitalization, resistance and production of knowledge and of ideologies), this group is currently working on the research project R&D&I “School and multilingualism: a critical sociolinguistic study on educational linguistic programs” (HUM2007-64694/FILO), which studies two linguistic educational programs implemented in the Madrid region: (1) the Spanish immersion program for newcomers, the so called Aulas de Enlace (‘Bridging Classes’), where Spanish is the only language of instruction and (2) the [bilingual] CLIL programs in English and Spanish that are currently being introduced in state schools (in particular, the program organized jointly by the Ministry of Education and Science and the British Council), where English and Spanish are the languages of instruction.

The aim of MIRCo group is to explore how these two programs manage the different “actors” involved in them: the first one, the regional administration (in terms of funding issues, training, planning, teacher training and other resources); the second one, the schools (through their involvement and the situation of the programs in relation to the rest of the school’s activities); the third one, the teachers (by means of the language teaching methods, the integration of content and language learning, the objectives and expectations of teachers). Finally, the group studies the progress of the students in order to identify which programs, methods, practices and integration strategies are used to favor academic success and to integrate the diversity of the student body.

This contrastive analysis shows how, despite the fact that these linguistic programs cohabitate under the same roof in educational schools, they approach the linguistic capitals in a different way. Whilst in the bilingual program (CLIL) multilingualism and the linguistic capitals of students are valued very positively (Martín Rojo & Labajos 2009), in the Spanish immersion program for newcomers monolingualism in Spanish is generally imposed and the linguistic capitals of students are seldom valued (Martín Rojo & Mijares 2007; Relaño Pastor 2009; Martín Rojo 2010). The rest of the school seems to be isolated from both programs, as well as from their cultural and linguistic diversity. This analysis also reveals a hierarchy of languages, uncovering the expectations as to which linguistic varieties should be used in the classroom and when, as well as to those which should be avoided. In the classrooms only the more valued linguistic varieties are allowed, the ones considered “appropriate” and “useful”, such as the language of instruction, as a learning strategy and as a tool for communication and integration. Moreover, this analysis shows how linguistic ideologies legitimate both this unequal valuation and the linguistic regulations and norms (Martín Rojo 2009).